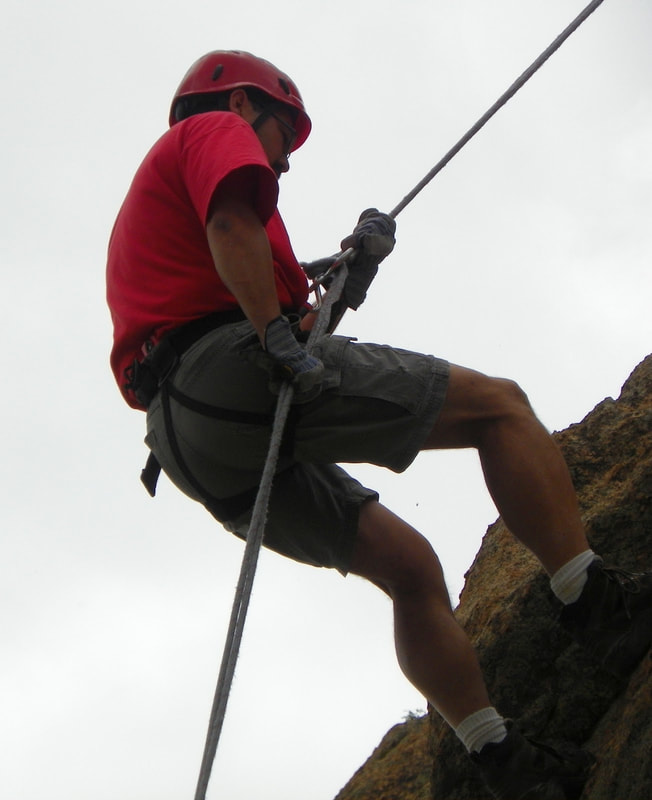 In this photo, I’m rappelling down a 135 foot cliff in the Rocky Mountains.  Such an adventure requires focus, patience and absolute trust in one’s equipment.

All of these are needed to be successful in business as well.

The Problem:
This company's primary channel of marketing was email, which had hit a plateau after several years of marketing to the same lists over and over. The business was solid, but wasn't growing.

The Plan:
Upon analyzing the messaging, reach and demographics of the primary customers, Marty quickly realized that the main success in email was to customers who were subscribers to politically conservative lists such as Rush Limbaugh, Mike Huckabee, Sean Hannity, RedState and Newsmax.
Marty proposed the theory that the same customer base could be reached with the same marketing messages, but through different (and larger) media than email. The plan was to test the concept small,
at low risk, and then scale if successful.

The Solution:
If email list subscriptions were derived by radio programs and personalities, then advertising straight to those radio audiences was the most logical step to growth. Using the existing email and website marketing messaging as a template, radio ads were created and tested. Initial tests were encouraging, and within 60 days, ancillary revenues were exceeding $10,000 per day. The addition of Facebook to the marketing mix doubled those results, and the campaign was a hands-down success. However, Marty knew that much more “juice” remained in the radio channel, so he went the next step and hired Mike Huckabee as a celebrity spokesman. The addition of Huckabee to the radio and online creatives increased sales by a 5X factor, increasing revenues to over $100,000 PER DAY, resulting in millions of dollars in revenue.

This project required Focus, Patience, and Absolute Trust. Here is how... 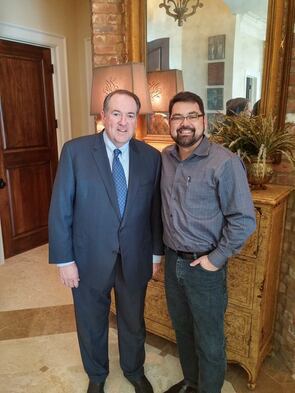 Focus:
By focusing on the message and not the medium, I was able to quickly determine that using the very same marketing approach, but just moving it to new platforms (Radio and Facebook) would bring in all new audiences of prospects with little effort and little risk.

Patience:
The first phase of the project happened quickly and generated sizable revenue. However it took 18 months to finalize the deal with Huckabee and move forward on phase 2. But that patience paid off with huge revenue.

Trust:
Before the second phase of the project, the owner of the company had decided he didn't believe the celebrity endorsement model would work. He felt the costs were too high, the risk was too great, and the results wouldn't be worth the effort. For 18 months, I not only had to work on getting the deal with Huckabee, but I also had to convince the business owner to trust me and move forward with the campaign. He finally did trust me, and signed the deal. That trust was rewarded with 7 figures in
revenue.
Let Marty Be Your Climbing Partner

Hanging On By A Thread (Business Turn-Around) 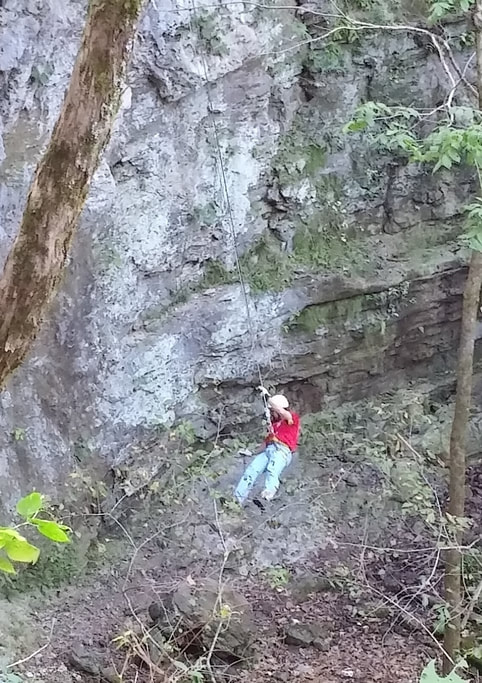 Here I am hanging by a thread above the Buffalo River.
​
Is your business “hanging by a thread”.  Let me help. I’ve handled dozens of turnarounds from of companies by finding them new sources of revenue, cutting costs, and developing campaigns that filled the coffers, allowing them to fight another day.

The Plan: Marty proposed to the owners that he would go “undercover” to work from the inside out to determine what steps needed to be taken to correct the revenue losses. After 30 days working as an inside sales rep, owners announced to the entire company that Marty would be new interim General Manager to execute the turn-around plan.

The Solution: Going undercover allowed for a 360 assessment of the business from employee, customer, and management standpoints. A number of problems were found, and initiatives were created to resolve the problems.

Turnaround strategies executed included:
The Result: In the span of a single season, consulting with Marty and executing his strategies increased revenues by $500,000, decreased costs by $550,000 and kept the team solvent. The new profit margins allowed the owners to happily keep the team in place without having to sell it.
Tell Us Your Business Struggle

From Canada to Mexico, China to South Africa, Marty’s adventurist travels have taken him far and wide, giving him a global perspective to help your business thrive.

In the late 1990’s, Marty joined a small team that pioneered and built from scratch the international Infomercial/DRTV industry.  When Marty started, there were just 3 employees, and Marty was literally working in a broom closet! Within three years, we were doing $300 million in retail revenue per year, and working with partners in over 80 countries!
​
At Adventurist Inspired Marketing, we understand the global economy.  We understand how to sell products in many different countries, and we understand how to keep you, your intellectual property, and your business safe as we build your global business.  ​
Guangzhou, China - Attending the Canton Fair, one of the largest trade shows in the world.  Every conceivable product manufacturer in China, in every possible category is represented at the Canton Fair. ​​